Grand Teton National Park is undoubtedly one of my favorite locations because everything about this place is just so majestic. As the sun sets behind the peaks, the light just shines through the canyons gracing the valley. It’s insane. This evening in the Tetons did not disappoint and was the perfect night for Faith and Austin’s Boho Elopement.

Finally the day came and it was filled with so much love. Faith and Austin ditched their big wedding plans and decided to have an intimate elopement. The Grand Tetons are one of their favorite places on earth too & if you’ve ever been you would understand why!

I have known Faith for a few years now. I’ve been photographing Faith since she was in high school and when I took her senior portraits. It was the best thing ever watching her marry the LOVE OF HER LIFE.

Faith looked gorgeous. She wore the most stunning boho wedding dress by Alta Moda, with lace bell sleeves, open back detailing, and the prettiest veil. Her dress was perfect for this adventurous boho elopement. She was the most effortless and carefree bride and all she cared about was soaking up these moments with Austin.

They both just embodied unconditional love for each other. Throughout the whole day you could just tell that these two were just made for each other because of the way they looked at eachother.

They wanted to keep things intimate so Faith and Austin had a few of their closest family and friends at the elopement. Faith’s Dad married them which made for the sweetest moments. Of course, he threw some Dad jokes in there.

Faith’s brothers walked her down the ‘aisle’ in the stillness of the Tetons as the golden light poured in. The way that Austin looked at his future wife walking down the aisle was a moment I will remember forever. They exchanged the sweetest vows and were just beaming with love the entire ceremony. Every moment was perfect and I am so glad we were able to capture them.

After eloping, their family left to go set up dinner and left Faith and Austin to wander around the Tetons more. They just basked in their new marriage and a new chapter. As the sun went down, they ran around the park and they never stopped smiling and laughing. It was just the best.

These are the reasons we love elopements, no expectations or rules and your day can be exactly what you want it to be. This Boho elopement at the Grand Tetons will forever be one of my favorites. 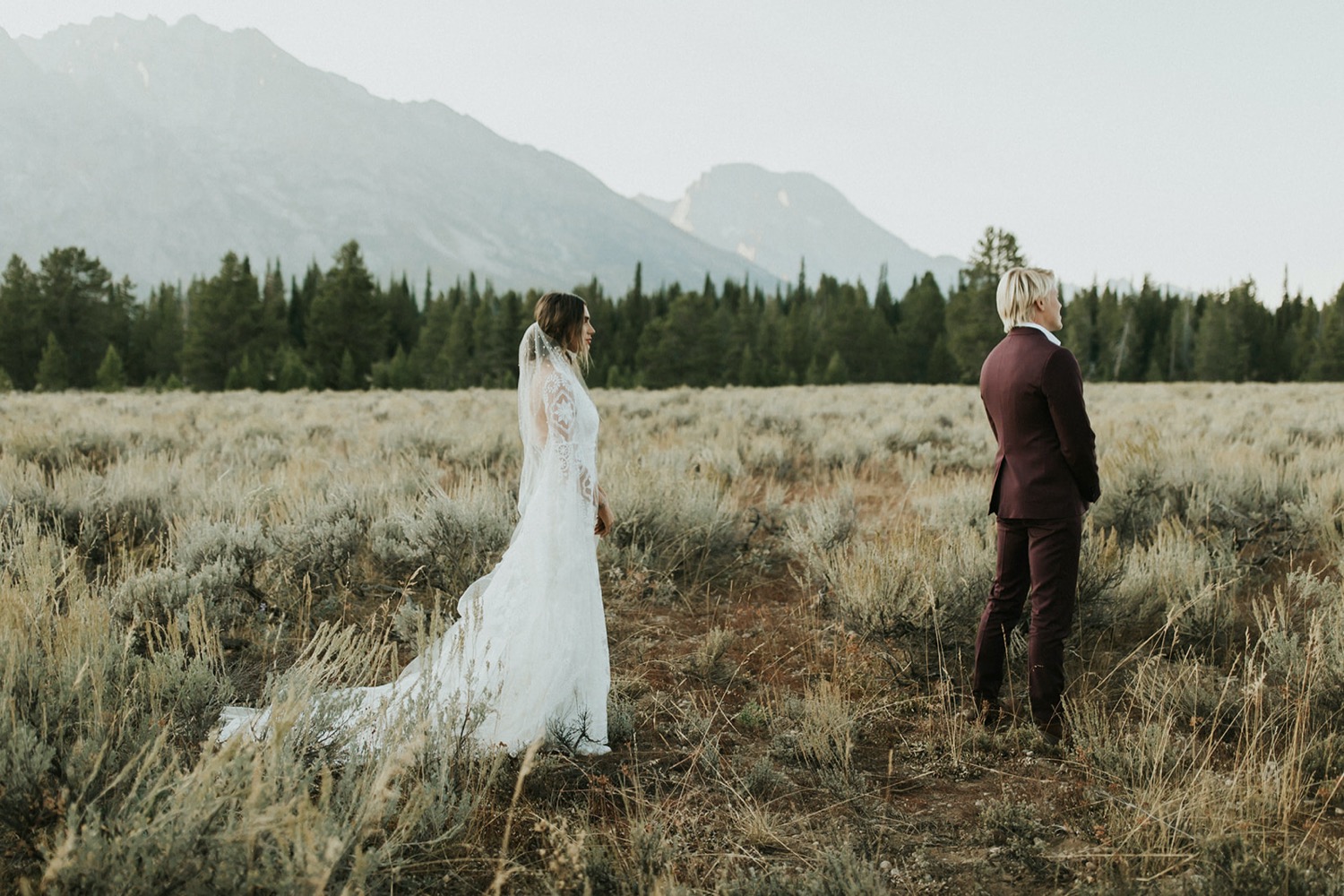 Your Narrative blog will appear here, click preview to see it live.
For any issues click here

Want to book Photo + Film with us? Let’s chat here!